Mindfulness is paying attention in the present moment, intentionally and with non-judgment. It is the deliberate act of regulating attention through the observation of thoughts, emotions, and body states. Studies have shown benefits in conditions both psychological and physical including anxiety, depression, post-traumatic stress disorder, irritable bowel, fibromyalgia, psoriasis, and chronic pain. Join us for this webinar with Dr Helen Noble, PhD, a nephrology nurse, academic and mindfulness teacher with Mindfulness UK. 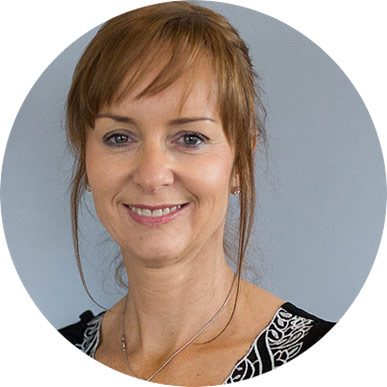 Dr Helen Noble is a Senior Lecturer in the School of Nursing and Midwifery at Queen’s University Belfast, UK.

She has made a substantial contribution to improving the care offered to patients with end-stage kidney disease approaching the end of life as evidenced by her many publications in leading international journals and her leadership of several research studies including a successful multi-institutional study funded by the National Institute for Health Research.

She has secured over 1 million pounds in research income. Dr Noble is a Scientific Programme Committee member of the European Dialysis and Transplant Nursing Association annual conference (previous Chair) and Chair of the Renal Research Group. In addition, she was the previous Associate Editor of Evidence-Based Nursing (2010-19), Associate Editor BMC Nephrology (2017-19) and was previous Editor and English Co-Editor of the Journal of Renal Care. She has received several awards including ‘Eminent Scientist of the year 2009’, an International Award in the field of Nephrology, by the World Scientists Forum; the City University Staff Research Prize in 2009, and the Student Representative Award, City University London 2010. In 2016 she received the Renal Association Walls Bursary, made by the professional body for nephrologists and renal scientists in the UK, “acknowledging Dr Noble’s significant contribution to the field of academic Nephrology”. Dr Noble is also a Fellow of the Chronic Illness and Palliative Care Research Programme at the Centre for Evidence and Social Innovation at Queen’s University Belfast.